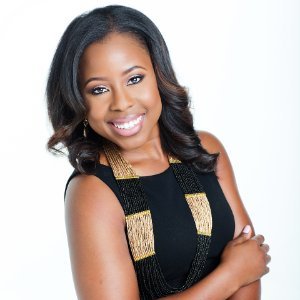 Carlisha Williams Bradley is an acclaimed nonprofit leader, education advocate, and social enterprise consultant. Carlisha lends her spirit, expertise and voice as an advocate for women and girls worldwide as the founder of Women Empowering Nations (WEN), a nonprofit devoted to the educational and leadership development of girls.

Carlisha’s vision for WEN is fueled by her personal passion to give every girl the space to believe in herself, chase her dreams and magnify her voice. She took her first step on her path to purpose in The Gambia in 2009, where she met thirty girls who would shift the trajectory of her life and theirs, along with an entire nation. What began as an idea to connect impoverished young women to educational resources has birthed a massive movement to uplift the next generation of global change agents who have a deep desire to not only light a path for themselves but to illuminate the world. Leading by example, Carlisha gave Gambian girls the vision to become conduits of unprecedented change, to defeat insurmountable odds and to rise up as leaders and powerful, bold voices against injustice. Under Carlisha’s direction, WEN has already had a transformative effect on the globe, having created measurable opportunities for thousands of girls in the United States and Africa. And the organization is just at the onset of its extraordinary ascent.

Carlisha’s groundbreaking work with WEN has made her one of the most sought-after social enterprise and international education programming experts in the country. 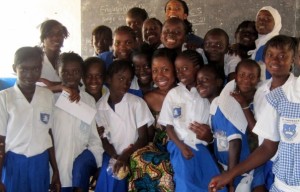 She has served as a trusted voice and advisor to various international aid organizations, non-­profit agencies, schools, leaders, foreign governments and diplomats around the globe. With her consultancy, Amplify for Women, she is calling other destiny-driven women to follow in her well-heeled footsteps and be the change. Her company arms women with the training and tools to build brands and platforms rooted in a passion for a better reality, the power to impact and a path to leave a legacy stamp on the world.

A fervent speaker, Carlisha challenges audiences to pinpoint their purpose and activate their inner go-getter to stand for something much greater than themselves. Her captivating message transcends the stage, including bookshelves as the bestselling author of Choosing Faith Over Fear: 14 Days of Life-Changing Lessons. The breakout book, released in November 2015, is a powerful, inspirational work for dream chasers who are ready to stretch beyond limits, burst through barriers and relentlessly pursue their true calling.

Carlisha serves as the Executive Director of ImpactTulsa and as the Congressional District 1 representative on the Oklahoma State Board of Education. She has been recognized for her remarkable work and continuous commitment to change with numerous awards including 2020 Journal Record Woman of the Year, 2020 City Year Champion of Student Success, 2020 Tulsa World Person to Watch, 2017 Oklahoma Magazine 40 Under 40, 2017 Michael F. Price College of Business 40 Under 40, 2016 Mayor’s Pinnacle Women of Year, 2015 Status of Women, 2014 YWCA’s 100 Women with Moxie and the 2013 Williams Women of Inspiration Award.

Carlisha and her husband, Adrian Bradley, reside in their hometown of Tulsa, Oklahoma raising their one-year-old son, Carter. As grateful as she is graceful, Carlisha honors God with her work and her life. She gives. She serves. She lives—passionately, purposefully and faithfully.